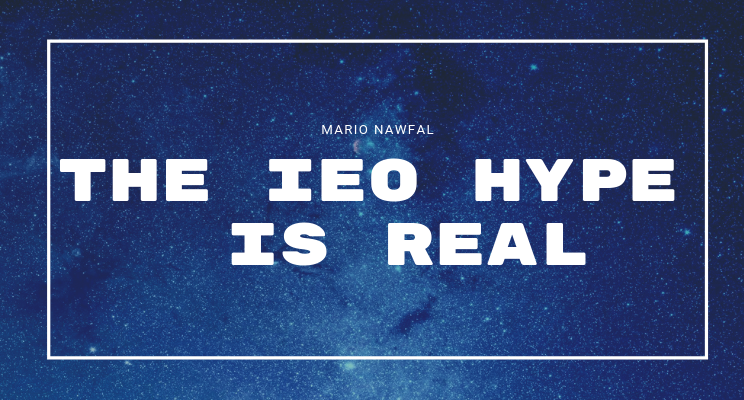 The IEO Hype Is Real & It’s Not A Scam, Although Bad Apples Can Never Be Avoided

According to CoinSchedule, 2019s new wave of hype known as Initial Exchange Offerings has already raised $180m even in the midst of a brutal bear market. This would have made sense if we’re in a massive bull run again but remember we’re in the midst of a bear market! Human nature is unbelievable, I did not expect this hype!

Bittrex CEO Bill Shihara says that IEOs have the potential to get bigger than ICOs, which bloomed in 2017. This is possible as IEOs an improvement to ICOs, but I sure hope the growth is more gradual rather than the crazy ICO hype all over again.

Your form has been submitted

Thank you for your interest.

We faced problems while connecting to the server or receiving data from the server. Please wait for a few seconds and try again.

If the problem persists, then check your internet connectivity. If all other sites open fine, then please contact the administrator of this website with the following information.

Some error has occured.